In the United Kingdom, Francina is a former member of the Southbank Sinfonia Orchestra in London. She also works regularly with orchestras such as the Orpheus Orchestra, Beethoven Chamber Orchestra, Talent Unlimited Orchestra and the Canterbury Philarmonia. What is more, Francina accompanied cellist Julian Lloyd Webber a St. Martin in the Fields. She has also played with the EMI Music Foundation Orchestra at the Somerset House in London. She has been invited to play at the Chipping Campden Festival on several occasions. Francina is a regular deputy at the musical Phantom of the Opera in the West End.

Outside the UK, Francina regularly performs in concert halls such as the Auditori of Barcelona and Catalonia's National Theatre with the Barcelona Symphony and Catalonia National Orchestra. She also collaborates with the Symphony Orchestra of Tenerife, the Symphony Orchestra of El Gran Teatre del Liceu in Barcelona and the Symphony Orchestra of the Balearic Islands. Together with harpist Jose Antonio Domené, Francina offered a series of recitals for violin and harp in Menorca, which were highly acclaimed by Menorcan audiences. In April 2015 Francina was invited to play with the 24/04 Orchestra in Yerevan, Armenia, to remember the victims of the Armenian genocide, collaborating with conductors Michail Jurowski, Gianluca Marciano and Sergey Smbatyan as well as soliststs  Sergey Khachatryan and Narek Hakhnazaryan.

Furthermore, Francina is a keen advocate of Contemporary Music and often closely works with composers, premiering and recording their work. Francina premiered a piece for solo violin- Sketch- by Austrian composer Thomas Wally, at the Soundings Academy of Contemporary Music in  London.  Francina also enjoys recording for film scores and has recorded at Abbey Road Studios for La Lune Folle film.

Francina plays a Frederic Chaudiére violin, thanks to the generous support of the Abbado European Young Musicians Trust, EMI, the Loan Fund for Musical Instruments and the Instrument Scheme of the Royal College of Music.

Francina Moll Salord is a violinist and graduate from the Royal College of Music in London, where she obtained a Masters in Performance Degree as well as a Bachelor Hons Degree with professors Radu Blidar and Natasha Boyarsky. Prior to her studies at the RCM, Francina completed her Junior Diploma at the Purcell School of Music, where she was given a scholarship to study with professor Evgueny Grach. Francina started to learn violin at the the age of six years old in her home town Ciutadella de Menorca. At the age of thirteen and fourteen, Francina studied at the Oriol Martorell Centre of Arts in Barcelona with violin teacher Marina Mazón.

Throughout Francina´s education in London, she has kindly been supported by the Talent Unlimited Foundation. Francina recieved scholarships from the Kathleen Trust,  Albert Cooper Trust, AIE and FIDAH. Francina was also awarded in June 2015 the Kenneth Loveland Gift award- becoming the second violinist  to be given this award since 2004- which is awarded after held auditions open to all instrumentalists and singers in the United Kingdom. Sir Simon Rattle is the Patron of the Kenneth Loveland Gift.

Francina gave her first public recital at the age of thirteen years old at Sa Nostra Hall in Ciutadella de Menorca. Since then, Francina has performed in venues such as the Wigmore Hall, Cadogan Hall, Queen Elizabeth Hall, V & A Museum  and Charlton House, amongst others.

​Francina has worked with several chamber music groups. While studying at the Oriol Martorell Centre of Arts, she was chosen by the institute to perform in Graz (Austria), in a concert organised by the Eropean Union, in which musicians from all over Europe represented their country with their music-making.  At the Wigomore Hall,  Francina performed a piece by composar James McMillan, whom was present during the concert. She  played with the Dukas Trio within the London Trio Society Concert Series.  Francina also performed at the premier of an orchestral piece by composer Peter Maxwell Davies at  St. John's Smith Square. 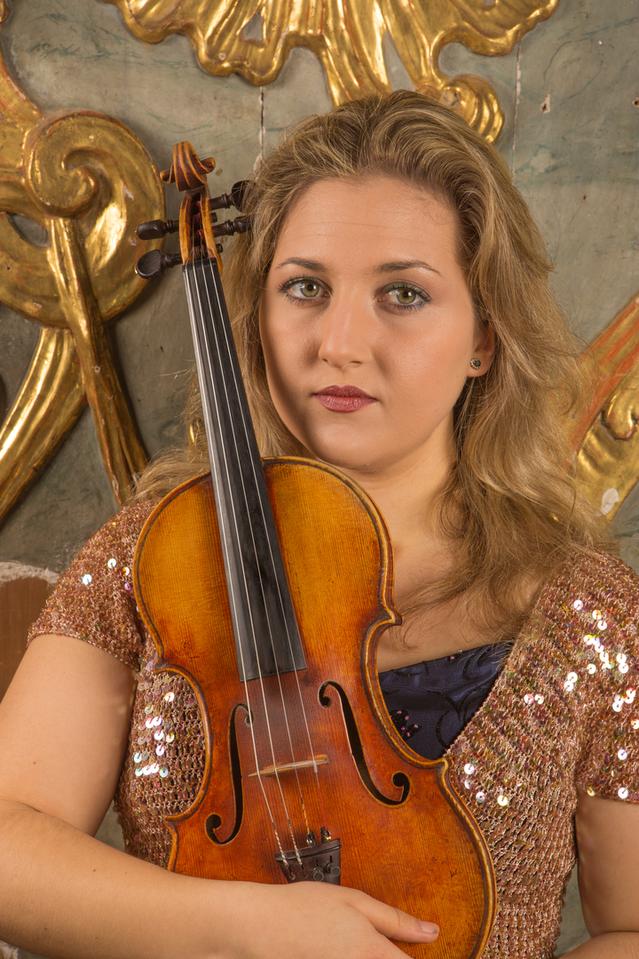